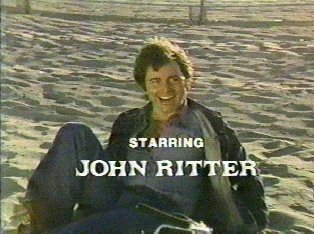 Come and knock on our door, we’ve been waiting for you. Where the kisses are hers and hers and his, Three’s Company too! IS.com reporters have just received the word that actor John Ritter, most notably known for his role on the Three’s Company sitcom, died of a heart attack just after 10pm last night. He was 54 years old, waiting for a 55th birthday next Wednesday. He is survived by three other children, Carly, Tyler and Stella. If you really want to appreciate John Ritter’s life by watching his lesser roles, go out and rent Buffy the Vampire the vampire slayer and watch the episode “Ted”. Also, you could watch a great horror movie available on DVD called Cherry Falls. We’ll miss you John.

…THIS JUST IN… After leaving hospital last night to come home and work on his music, singer/songwriter Johnny Cash died at 1am today due to complications from diabetes which caused respitory failure. He was 71. Johnny Cash had just recently come out with an awesome covers album which includes a version of Nine Inch Nail’s Hurt, and believe me this guy knows pain. Johnny has been sick for a long time and had numerous bouts with hurting.