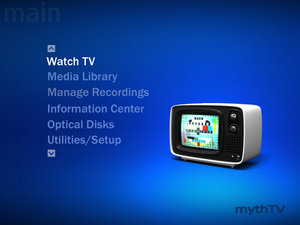 So many PVR problems, so little time.

There was once a time when I was very happy with my PVR. It had a couple of minor bugs but the only thing that it really needed from me was to clean out the hard drives every once in a while so that it didn’t run out of space.

So, we need a strategy. I’ve been reading a whole lot trying to find out where to go to get this stuff working because I’ve invested far too much time to go back now. Basically it seems that there’s one or two problems.

The system really needs to get to a more stable point because I would really like to add a third back end, so that when two recordings are going simultaneously, we could watch that other live feed, or better yet have all of the programming that we want to watch for the night recorded by 10pm instead of re-arranging things so that it’s all done by 4am and you have to watch it the next day.

I’m going to figure out a plan today and execute it tomorrow.